Just added to your cart

Ezra Levant is a conservative political activist, media figure, best-selling author and Rebel Commander for Rebel News. Levant is the face of Rebel News’ show, the Ezra Levant Show, where he tackles topics traditional news media is too afraid to touch. He provides facts and commentary on the topics of free speech, politics foreign policy and more.

He is the founder and former publisher of The Western Standard and formerly ran his own Sun TV program called The Source. Levant would then make the move and bring his reporting skills to Rebel Media. There, he campaigns for freedom of speech and fearlessly addresses the real-world issues facing the world today, even if it means going against popular narratives and the establishment.

Ezra Levant was born to an Ashkenazi Jewish family in Calgary, Alberta. There, he grew up in a suburb with his family and attended the Calgary Hebrew School before he made the switch to a public junior high school. His great grandfather emigrated to Canada in 1903 from Russia, establishing a homestead near Drumheller, Alberta.

He studied at the University of Calgary, earning a commerce degree. He also earned a law degree from the University of Alberta. He has an extensive political background, getting his start when he campaigned for the Reform Party of Canada as a teen and joined once he entered university.

Levant is a best-selling author and has written many books on political commentary. Some of his popular works include: Ethical Oil: The Case for Canada’s Oilsands, The Libra nos: What the Media won't tell you about Justin Trudeau’s corruption, and the China Virus: How Trudeau’s Pro-Communist Ideology is Putting Canadians in Danger, and more.

While Levant self-admittedly isn’t “for everyone,” he prioritizes being a leader for the conservative narrative and representing news in an honest light, championing for freedom of speech. 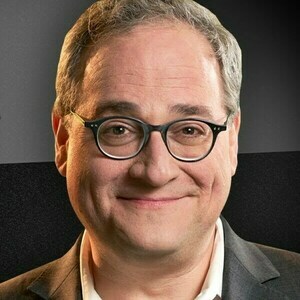 Fight Kyoto: The Plan to Protect Our Economy

The Enemy Within: Terror, Lies, and the Whitewashing of Omar Khadr – Ezra Levant, 2012

Trumping Trudeau: How Donald Trump will change Canada even if Justin Trudeau doesn't know it yet – Ezra Levant, 2017

The Libranos: What the media won’t tell you about Justin Trudeau’s corruption – Ezra Levant, 2019